As part of our works for Kier at the Par St Blazey Flood Alleviation Scheme, the W.H.Bond team are currently covering steel sheet piles with a very smart timber capping.

The sheet piles are part of the flood alleviation works being carried out and this section of the project runs through a holiday park. Therefore to give a more aesthetically pleasing finish the design covers the piles with a timber capping structure.

The carpenters drill into the piles in order to create an attachment point for the 30-year treated softwood timber frame. The piles have a certain amount of tolerance but our frame needs to be constructed so it is completely square. Therefore the team have worked hard to trim or pack out every vertical holding timber to produce a straight & true line which accommodates the covering timber sections. It is also essential that every bolt going through the pile is fitted with a rubber washer to ensure that in the event of a flood, there is nowhere for the water to escape! The finished capping is in the form of 1400mm x 240mm x 40mm Oak units which are drilled & attached to the frame. As you will see from the pictures it gives an amazing finish.

Bond Contracting are currently in the middle of a major civil engineering project working for Kier, who in turn are working for Cornwall Council and the Environment Agency, to protect communities in Par and St Blazey from future flooding. The Par & St Blazey Flood Alleviation Scheme is a new £7.8 million flood prevention project consisting of a series of innovative measures to help store and manage the flow of water through the Par and Sandy River catchments, thereby reducing flood risk to over 800 homes and businesses.

The scope of works currently undertaken by Bond Contracting include carrying out the tree and vegetation clearance as well as the enabling works, which will open the site for the next civils phase. The taller trees will need to be sectionally dismantled as they are too close to the Par to Newquay Network Rail branch line. The main work area is 450 metres in length with one way in and one way out! To protect the area ground protection mats are used to keep machinery moving in the winter weather, which will remain in place as the main construction works progress.

The next section of the project which is currently underway involves capping the new steel sheet piles with timber. As the sheet piled sections run through a holiday park, capping the steels with a timber provides a more aesthetic and natural finish.

Chris Bond concludes, “The landscaping of the whole scheme will be carried out by ourselves with the coir pallets already being placed to the edge of the finished embankment sections and 1500m2 of new embankment being seeded after which we will start the tree planting which will amount to around 6500 new trees.”

Another scheme completed by the bespoke contracting team in 2021. This time concrete wall repairs then the fabrication & installation of steep push plates & greedy boards at the Lean Quarry Waste Transfer Station for Viridor (now Biffa). Thanks to the Biffa team who were great to work with & couldn’t be more helpful. 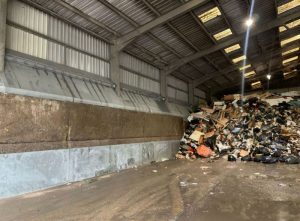 In 2021 WH Bond completed works to the Tidal Defence Scheme in Exmouth, a £12million project to improve flood defences in the town, which has a long history of tidal-flooding. The worst recorded incident of flooding was in 1960 when Exmouth flooded twice and over 1,000 homes were affected. Now the new defences will reduce the risk of tidal flooding to over 1,400 residential and 400 commercial properties.

Split into three phases, WH Bond were responsible for Area 3 – The Esplanade, where the proposed works stretched along the sea front, from Mamhead slipway in the west, to between the clock tower and Premier Inn to the east, including the Alexander Terrace junction. Working in collaboration with main contractor Kier, the Environment Agency and East Devon District Council, WH Bond completed the scheme in July 2021.

The overall project included works to the existing seawall, the lower sea wall walkway, strengthening and improving its’ ability to hold the waves back which were carried out by Kier. A new dedicated drainage system for the scheme was installed on the landward side of the Esplanade, which in the past was struggling to cope with the increased volume of water. Now cascading water from waves crashing over the seawall, drain back out to sea, stopping flooding to the existing main sewer system on the highways.

To further reduce excessive sea water flooding the town, as waves crash over the sea wall, a floodgate system was installed by WH Bond.  New reinforced concrete foundations were installed, that now carry a system of new flood gates which can be deployed either electrically or manually and stop the increased volume of water ‘rushing’ up the road network, into the town, and affecting residential and commercial properties.

WH Bond commenced the works in Area 3 on 4th January 2021 and the phase was completed in July 2021, and the people of Exmouth can now keep their feet dry as the winter approaches.

Constructing a retaining wall across 20 private gardens and forming a large earth bund through a further 10 gardens, the location made the project sensitive. The project required a specialist contractor that could complete all elements of the project, including, demolishing existing structures, erecting scaffolding in the river Cober to access the river edge, excavating and casting the RC foundations and building the Stepoc walls, as well as casting the bespoke coping stones as the size was irregular.
The northern section of the scheme called for the construction of 330 linear metres of  flood banks, requiring the importing of five thousand tonnes of primary (virgin) aggregates to use as a fill material. Using a CEEQUAL calculation, an evidence-based sustainability assessment tool, the distance to suitable material sources meant significant HGV movements would impact air quality and carbon levels. Following extensive research, an alternative solution was found at a local development site, where 5,000t of excavated material was waiting for disposal. Following rigorous testing, the soils from this single site were deemed suitable for the works required.
Fences and gates were erected to cordon off the bank and then the scheme was totally re-reinstated to return the landscaping of the area to its former condition.  Working closely with the Environment Agency enormous care was taken to ensure no spoil material entered the watercourse throughout the entire 9-month project for fear of polluting the river.

The project was completed successfully and is a lasting testimony to the ability of WH Bond to take on complex and sensitive schemes, whilst working sustainably.

Our works started in  January 2019 to carry out enabling works in preparation for the main site clearance for Balfour Beatty at Forder Valley Plymouth. A laydown area was constructed adjoining the main road, under Traffic Management, which would enable us to set up our site & deliver all plant equipment for Phase 1. A river was flumed & the silt prevention fencing was erected alongside all watercourses ahead of plant movements, 750 metres of Heras was erected & all overhead lines had the relevant control measures constructed.

The team, of up to 16, worked  successfully for seven days to ensure trees were removed before the Birds began nesting.

We have erected 2500 metres of site fencing & another 1000 metres of fencing to act as temporary Bat corridors; the fence panels are covered with green netting, dead hedging & Willow to give the Bats flight lines within previously cleared sections.

All cleared material has been recycled with the wood being processed for firewood & all wood chip used for bedding for livestock on local farms. 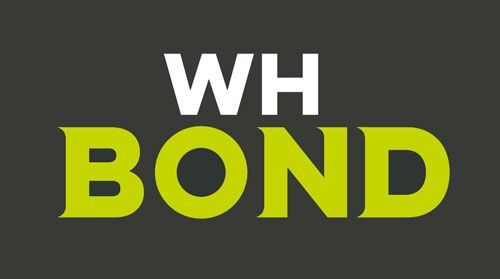